Artist Spotlight: The Toy Dolls
Biography
The Toy Dolls are a British punk rock band. They formed in 1979, playing their first ever gig at Millview Social Club, Sunderland, Tyne and Wear, UK, on 20 October 1979. After a couple of gigs, vocalist Pete Zulu left to form his own band. He was replaced by Paul "Hud" Hudson, who himself left after a single gig, leaving Toy Dolls as a trio with guitarist Michael "Olga" Algar to assume vocal duties. This was just the start of the revolving door of drummers and bassists that would characterize the Toy Dolls line-up over the years.

They quickly built up a local fan base and were initially grouped with the Oi! scene that was emerging at the time, although many would say that despite having the singalong choruses that are typical of Oi!, they are better classified as pop punk. Another reason they are associated with Oi! is that they were championed by Garry Bushell who was heavily involved with Oi! bands such as The Angelic Upstarts. In 1980 a local businessman financed their debut single, "Tommy Kowey's Car" with "She Goes to Finos" on the B-side. The single quickly sold out its initial 500 pressing but the band couldn't afford to press any more, making the single a collector's item. 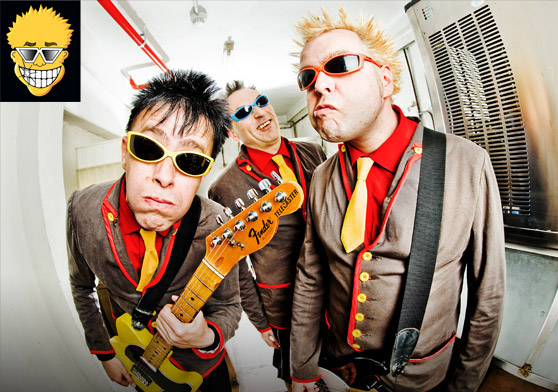 In 1983, they released their debut album Dig That Groove Baby, by which time with Bushell's help they were beginning to attract national press attention, and in 1984 they burst into the charts with their punk rendition of "Nellie the Elephant", a classic children's song, which reached #4 in the UK charts and stayed in the Top 100 for no less than 12 weeks.

The Toy Dolls have since changed their lineup and record labels, establishing and cultivating fan bases in Europe, America and Japan, continuing to release new singles and albums.